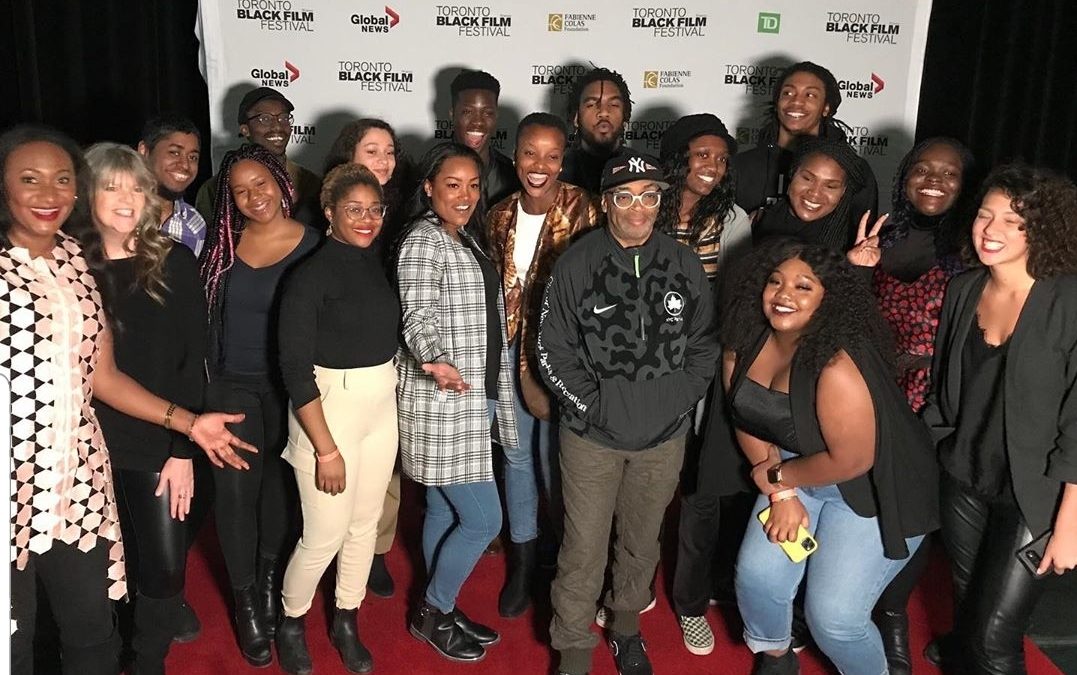 Great news!! BEING BLACK IN TORONTO is a winner at this year’s 2021 Canadian screen awards.

Produced by Zaza production and broadcast on CBC, It is part of the Fabienne Colas Foundation’s BEING BLACK IN CANADA Series. A new addition to CBC Gem, this outstanding documentary is a compilation of 6 short films by emerging local black filmmakers.  Distributed by Netflix, the series has won Best Direction in a Documentary Series at the 2021 Canadian Screen Awards.  This achievement was made possible through a collaboration with National Bank supported by Telefilm Canada, Canada Media Fund, and the Canada Council for the Arts

In support of black achievement and black excellence we encourage all of you to Watch Being Black in Toronto on CBC Gem.

“The Fabienne Colas Foundation (FCF) is a non-profit cultural organization, created in 2006 whose mission is to advance education in the arts as well as to support the creation, production, promotion and dissemination of cinema, the arts and culture in Canada, the United States, Haiti and elsewhere. The FCF is a forum for discussing the major artistic, cultural, social and socio-economic issues currently facing us, through movie discussions, round-tables, conferences, master classes and so on.“….The Fabienne Colas Foundation

Every year, The Fabienne Colas Foundation grants Awards of Excellence through the various festivals they regularly produce.

Being Black in Canada

Being Black in Toronto is only one of the fantastic films in the 6 part Being Black In Canada series produced by Zara Production on CBC.  Below we’ll take a quick look at this 100% CANADIAN series

The Onyx Butterfly follows Jordan as he grapples with the societal pressures of being a Black male dancer in a traditionally white feminine landscape while also struggling against the cultural gender expectations placed upon Black men. The film aims to explore the psychological impact of stereotypes on a Black man who is determined to redefine Black masculinity.

Joseph, Margaret and I by Valerie Amponsah

Initially a film about the filmmaker’s parents’ immigration journey from Ghana to Canada and how that impacted their life, the film takes on a life of its own and becomes a story of forgiveness and healing of Joseph’s substance abuse with his wife Margaret and daughter, Valerie.

The film follows Sherri Bonnelli, a white woman who raised and lost her Black son, as she looks to advocate for anti-gun violence through her community activism. We also follow Kelly Fyffe-Marshall, a Black filmmaker, as she aims to shed emotional intelligence through the creation of her first feature, Summer of the Gun, based on one of Toronto’s deadliest summers.

The film YYZ is an intimate portrayal and discussion between that of a Nigerian-Canadian family and their last-born child. For Omolola and her family, their first night in Toronto was spent at Pearson airport – that night full of anticipation, expectation and fear. Looking back at her family’s journey, as well as their present and future, this film focuses on the feelings of rootlessness and loss of identity that often accompany immigration.

Little Jamaica, a neighbourhood in Toronto’s west end, was a once-thriving hub for Black and Caribbean business owners until the ills of gentrification reared its ugly head. Vernal Small, the owner of the 47-year-old business, Jamall Caribbean Custom Tailor, is now tasked with confronting how the construction of the incoming light rail is shifting the dynamic of his community, changing their future and slowly erasing their presence in the process. Tallawah Abroad aims to discover how Small, residents and other business owners have been affected and how they are preparing themselves for the adjustments on the horizon.

Canada’s Black youth have a responsibility to lead the next generation, but they are disillusioned by social media. They’ve made progress, but there’s still plenty of work to be done. It’s up to them to hold themselves accountable and use social media to their advantage.

For even more stories about the experiences of Black Canadians — from anti-Black racism to success stories within the Black community — check out Being Black in Canada, a CBC project Black Canadians can be proud of.

More news and articles on the Canadian Black community