Twenty-five years ago, the streets of Toronto were filled with protests and the air taut with tension. The Black community was fighting against a racist system and the Police shootings of young Black men. And the Police were fighting back with work-to-rule and sick-out protests.

These scenes of anger and accusations between the Black community and the Police had been brewing since the late 1980s, reaching fever-pitch in 1989 when a Police officer was charged with the shooting of a Black man, and continuing well into the 1990s with growing dissatisfaction on each side.

It was during this period of unrest and discontent within City of Toronto that a group of Barbadians decided to establish an organization, named Barbados House Canada Inc, in part “to assist in the orientation and adaptation of Canadians of origins in Barbados to the Canadian way of life and to foster a better understanding of Canada and other Canadians”.

Although the focus was on Barbadians, the founding members intended to partner with other pan-Caribbean organizations to provide educational, cultural, social and recreational activities to encourage Caribbean immigrant to become contributors to the Canadian way of life.

Their vision at that time was to establish a community centre in Toronto to be a meeting place where Barbadians and other Caribbean Canadians would congregate, share ideas, offer social programs and services to the community, and host recreational activities.

The board of the newly-formed association quickly applied for charitable registration which they were granted in 1993 and enthusiastically started to work on their vision. They met with architects, planners and consultants to prepare plans and drawings of the proposed building and submitted their proposal to the then Ontario Ministry of Social Services and Citizenship.

After two years of revisions and amendments, they received a positive response from the Ministry that they had been approved for $2 million to purchase the land to erect the Barbados House Community Centre in Scarborough.

Alas, the approval came just before general elections were held in Ontario in 1995, which saw the defeat of the National Democratic Party (NDP) and the installation of the Progressive Conservative government. Canada was in the midst of a recession and the right-wing PC government immediately implemented some austere measures. The approval that Barbados House received for funding was rescinded and the organization was told to reapply.

This was a major blow for the members from which they never fully recovered as the application process was costly – financially and mentally – and time-consuming.

However, while waiting for the funding approval, the organization was successful in its bid to be an employment centre under the Jobs Ontario Youth Program which the NDP-led government had implemented. In this role, Barbados House helped to train scores of young people and placed them in meaningful jobs that matched their skills. That was a springboard to the success many youth are realizing today.

Operated out of Hamilton, the organization continued with this program for about four years after which it also ran a job search program through the City of Hamilton.

Although they were devastated by the setback in establishing a community centre, the members of Barbados House sought other ways to raise funds, such as the annual golf tournament, to continue providing the services and activities they had planned. These included a tutoring program on Saturday morning for children and youth, a program started at the inception of the organization and continued uninterrupted until about five years ago. Led by Collis Carter, this program was successful in assisting many children to overcome some of the challenges they faced with the school curriculum.

As well, through the organization four schools in Barbados – the Christ Church Foundation, Alma Parris Secondary, Industry High, and Coleridge and Parry – were outfitted with computers, and the Queen Elizabeth Hospital and other health facilities were the recipients of wheel chairs.

Over the years, the organization has offered a number of scholarships to students of Barbadian heritage, including the Keith Forde Annual Scholarship and the Gordon Bynoe Scholarship, the latter named after one of its founding members.

A Renewal
In recent years, the organization’s board took stock of the current state of the organization and its future, and decided that a renewal was necessary if it were to remain sustainable and viable. The vision of a community centre was still in focus but the means and methods by which this would be attained needed to be changed.

A key decision taken was to change the name of the organization from Barbados House to the Donald Moore Community Services Inc. Why? One reason was that the members wanted to expand the reach in the community. While not diminishing its focus on Barbados, it wanted to be seen as more inclusive of the wider Caribbean, reminiscent of the work done by Mr Moore.

While not generally known, Donald Moore is an illustrious Barbadian who is credited for his efforts in bringing about changes to the discriminatory immigration laws during the 1950s that restricted the entry of Blacks into Canada. He led a delegation to Ottawa in April 1954 and presented a brief to the Government advocating for changes to the laws. It is well noted that this action and the continuous lobbying by Mr Moore and others such as Bromley Armstrong, Stanley and Norman Grizzle, and Harry GaireySr, were influential in the laws being relaxed which permitted Blacks, primarily from the Caribbean, and other non-White immigrants to have easier entry into Canada.

Uncle Don, as he was familiarly known, was also a friend and benefactor of many West Indians who came to Canada during the 1940s and beyond. He and some other community-minded activists purchased a house in Toronto which became a meeting place for many Caribbean immigrants and a hostel for new arrivals.

From its inception, Mr Moore was a supporter of Barbados House, even though he was nearing his 100th birthday. Therefore, the name change in his honour was not a difficult one to make as he and the legacy he left epitomised the new direction in which the organization wanted to go.

In looking towards the future, the members started a new initiative in 2013 – the annual Donald Moore Appreciation Brunch at which they plan to honour an outstanding person of Caribbean heritage that upholds the ideals of Donald Moore.

The first recipient was Bishop Peter Fenty, a Barbadian who, that year, became the first Black Anglican bishop in Canada. Last year, there was a commemoration of the 60th anniversary of the delegation that went to Ottawa. At the event, the last two surviving members of that delegation – Bromley Armstrong and Stan Grizzle – were recognized as were some of the first Caribbean immigrants that came to Canada after the laws were relaxed.

Another key change for the organization was to attract new members, including a new board, that would reflect and espouse the broader mandate. Many of the board members have been serving since the inception of the organization and while they agree on the new direction, they felt that it was time to pass the torch to a younger team with the zeal to take the organization to the next level. By no means will the original members be fading away as they intend to support the organization and offer their advice when requested.

The new board members understand the tasks they have in promoting the renewed vision and direction of the Donald Moore Community Services Inc. They are continuing to develop the strategies to extend their reach to all Canadians of Caribbean heritage, to build their financial foundation, to offer programs and services with a focus on the youth and seniors, and to attract more members with the ultimate goal of realizing the vision of a meeting place for the community to call its own.

But they cannot do it alone – they are relying on you to be a part of this journey, to help spread the word about the renewed vision and continue the legacy of Donald Moore. 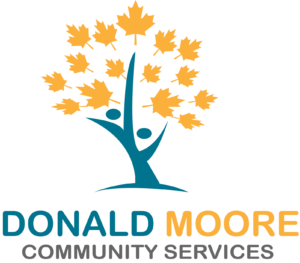